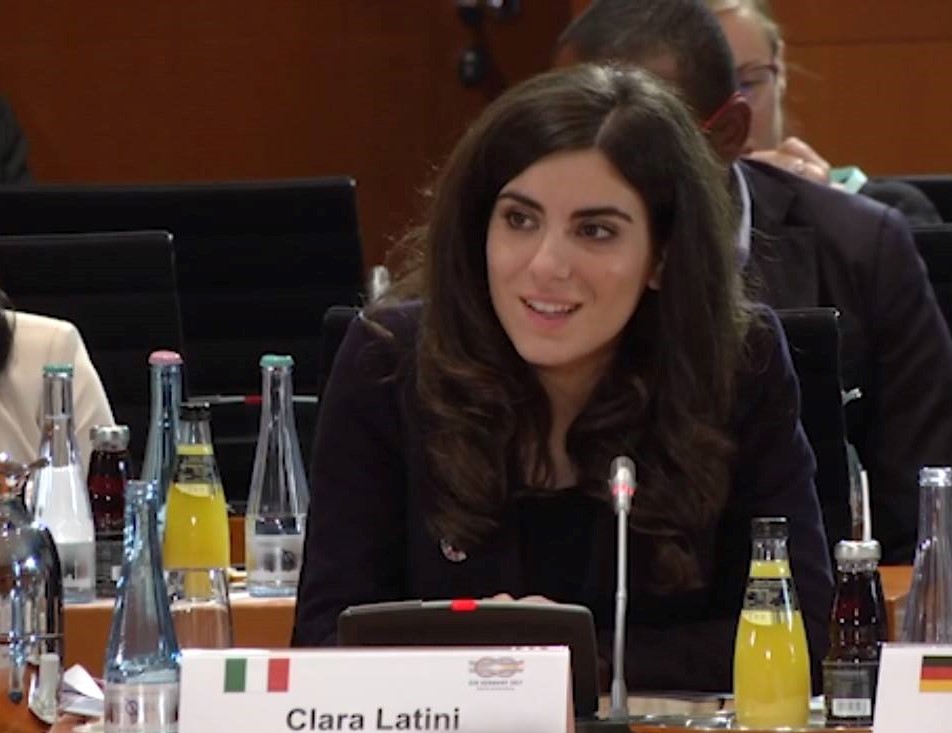 Clara Latini is an advocate for women's rights and Founder of Decision-Making, an initiative committed to increasing the number of women in leadership positions. The initiative born in collaboration with EuCham in Budapest has grown later on a global scale, by impacting more than 300 people in 25 countries. Clara has studied and worked in five different countries working for both the private and public sector. Clara speaks five languages, has won more than 18 scholarships and participated in several summits and leadership programs such as the European Forum Alpbach, Asian-European Young Leaders Summit, EU-Russia Civil Society Forum and many others. She is a TEDx speaker and trainer of advocacy and public speaking skills. At the age of only 23 years old she managed the European Office at the Italian Chamber of Commerce for Hungary. She was later selected as G20 Youth Delegate. As Editor of the priority on women empowerment, she was able to develop policies and influence the final G20 Communiqué in 2017, and promoting the communiqué with world leaders, by being also a speaker at the German Chancellery with Angela Merkel. She also developed and promoted policies for women in STEM in Italy. Clara is a Global Shaper with the Budapest Hub and a Climate Reality Leader, trained by former US Vice President Al Gore. She is also a member of the School of Policy, founded by former Prime Minister Enrico Letta, Dean, PSIA - Sciences Po. As she is passionate about developing better policies for reducing inequalities, she studies International Social and Public Policy at the London School of Economics and works here as LSEE-CEFTA Academic Network Officer.

It is not easy to move on regarding stereotypes on gender roles. For a lot of men and even women, it is difficult to accept the idea of a woman in a leadership position, mostly simply because it is still perceived as something unusual. I believe that many people are afraid of change.

I have already an example of an effective solution that worked in my home country, Italy, where the women's participation in the labor force reaches only 47%. The “Golfo-Mosca” law mandates gender-balance on the board of directors and statutory auditors of publicly listed companies. The quotas are gradual and temporary for only three consecutive board elections. According to a study conducted by IZA - Institute for the Study of Labor "the introduction of gender quotas in Italy is associated with better firm returns: companies with a smaller share of women in the pre-reform board composition experience better stock market results at the date of the first board election after the approval of the law, with respect to companies that were already closer to the target." In fact, we can notice that introducing gradual and temporary quotas in boards is positively received by the market.

4. Can you share some links to talks or texts, or name literature that you can recommend to any starting activist?

I suggest to follow Alberto Alemanno and to read his book "Lobbying for Change: Find Your Voice to Create a Better Society"