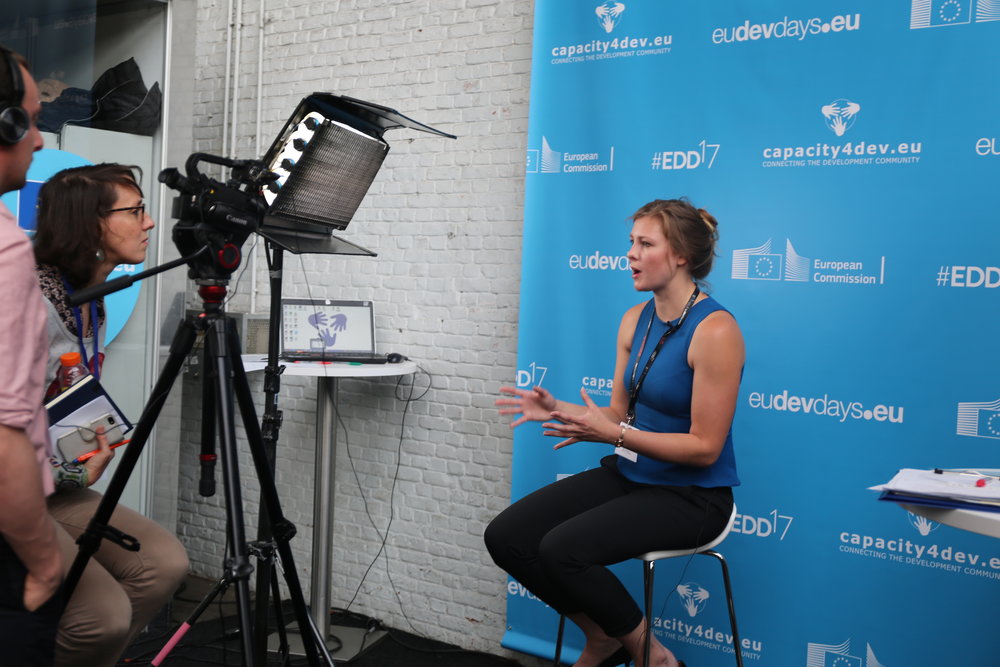 Odessa is the Executive Director of the Global Arena Research Institute and the founder of the Go Think Initiative. She is a One Young World Ambassador and the holder of numerous awards and distinctions as a young leader: Young Leader for Europe at the European Commission’s European Development Days, European Forum Alpbach - as an Erste Foundation Fellow & National Endowment for Democracy Fellow, Advisor on the UNSC Resolution 2250 on Youth, Peace & Security at the European Regional Consultation in Brussels, among many others. She is regularly invited to Brussels by EU institutions as an expert on migration and new media. Odessa has spoken for the Joint Research Center, the EESC and other European Commission directorates, along with numerous other institution’s consultations and meetings. Until January 2017, she worked in the non-governmental sector on initiatives in response to the 2015/16 refugee and migration situation in Europe and in Lebanon. Odessa graduated with a degree in Global Politics and International Relations from Birkbeck College, University of London. She holds positions on multiple boards including the Czech & Slovak Club Alpbach, which she co-founded. Odessa is the Vice-Curator of the Global Shapers Prague Hub of the World Economic Forum.

Most people don’t have a background in technology and don’t realise the potential and benefits of it.  We’re living in the old-fashioned frame of the world, the outdated one. We still see through the lense of international relations of the 20th century, but the world has changed. People, especially classic political scientists, politicians and researchers don’t like a shift in narrative, the old narrative is what defines their work, their position and their decision-making. But there’s no denying it, technology is the future, actually, it's very much the present, and those late to accept it, are those that will lose on it.  GARI wants to empower the social sciences with the new capabilities and capacities available. Why use a walkman instead of an ipod, mp3 or even just your phone? For sentimental reasons? You’re used to it? Try buying a cassette of Radiohead or Justin Bieber. Now try decision making in 2019 using international relations theories of Schumpeter or Kenneth Waltz.

I would increase research funding for technology, innovation and cross-disciplinarity. I would promote more cross-sectoral cooperation and projects. Europe is behind on all these levels, and it needs a better global standing, not miles behind the USA and China.  We need better cohesion and a focus on what the future is shaping to look like and realise where we are lacking. The media need to be more empowered and separated from the state.  I would provide better funding for public and private media while cutting ties to and influence of the state.

Not really. I try and look at things critically and objectively, usually failing completely, but we’re just human.  Maybe that’s my motto, if you can understand something or someone on a human level, you come closer to understanding their motivation, reasoning and decisions. If you look at the conditions of someone in the countryside who votes for the populist leader, maybe you won’t judge them so much, once you understand what brought them to that decision.  Or you look at the context, upbringing and thought-process of a racist, and maybe you’ll understand why they are in fact, xenophobic or even racist. So then you can address those challenges, how to prevent them being that way, and rather than just criticise and be prejudiced and proud, you might find better ways of educating people.

My interview with Gervais Appave, Senior Advisor to the Director General of IOM with United Nations SDG stand at EDD 2017
My interview with Cecile Riallant, Head of UN Joint Migration and Development Initiative